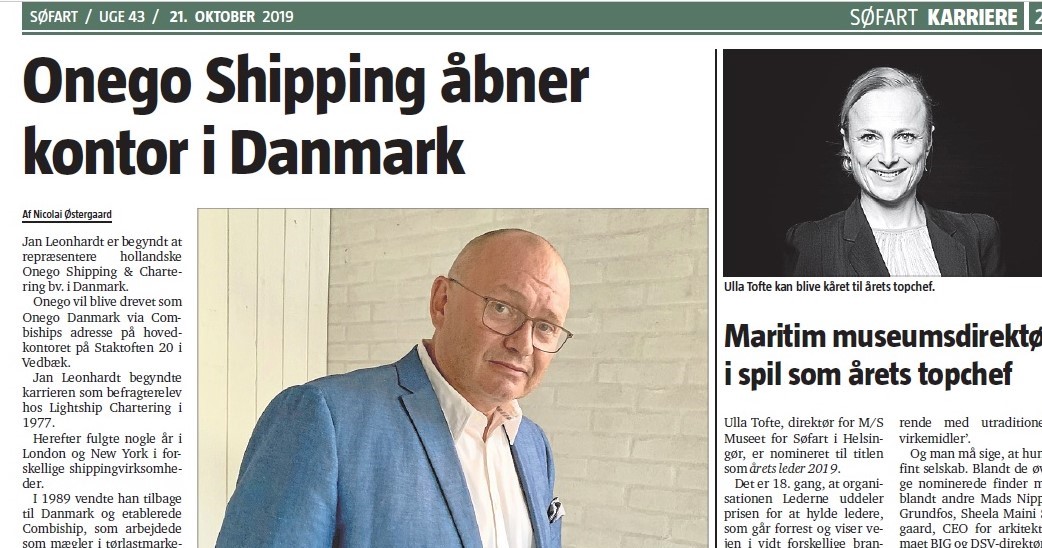 “Onego Shipping opens a representation office in Denmark.
Jan Leonhardt, Combiship Chartering has started to represent Dutch Onego Shipping & Chartering B.V. in Denmark.
Onego will be run as Onego Denmark via Combiship address at Vedbæk head office.
Jan Leonhardt began his career as a charter student at Lightship Chartering (1977-1979), followed by some years in London and New York in various shipping companies.
In 1989 he established Combiship Chartering working as a broker in the dry cargo market with the emphasis on the Atlantic and ships in minibulk/supra size.
Dutch Onego controls a fleet of more than 20 ships and focuses primarily on the Atlantic”.