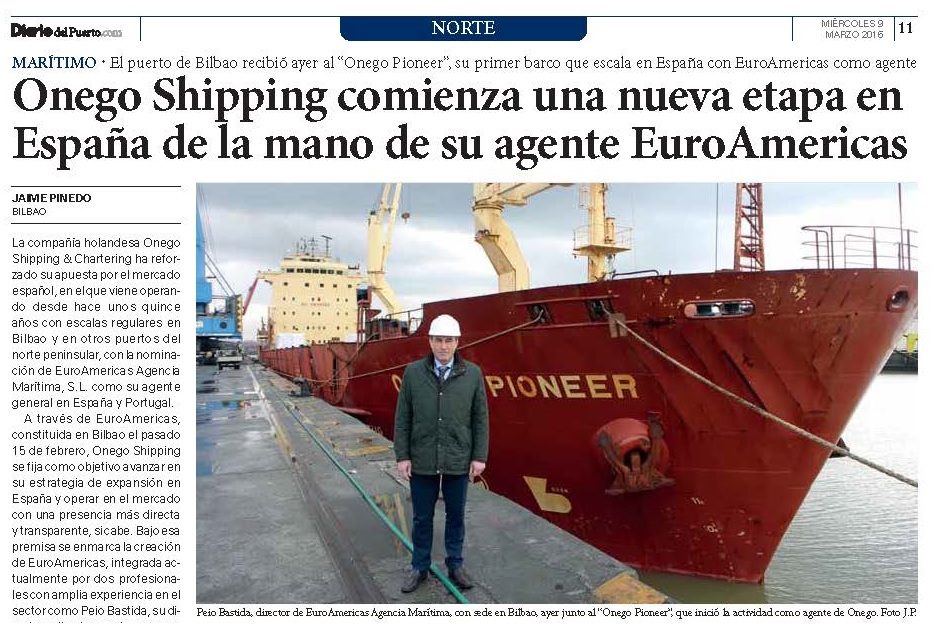 “Dutch company “Onego Shipping & Chartering” has strengthened her commitment to Spanish market, on which she’s been operating since about fifteen years with regular calls to Bilbao and other ports on Northern Peninsula, with the nomination of EuroAmericas Agency Maritime, S.L. as its agent overall in Spain and Portugal. Through EuroAmericas, founded in Bilbao last February 15, 2016, “Onego Shipping” sets a target advance of her expansion strategy in Spain and operate in the market with as much with direct presence and transparency, if possible…”