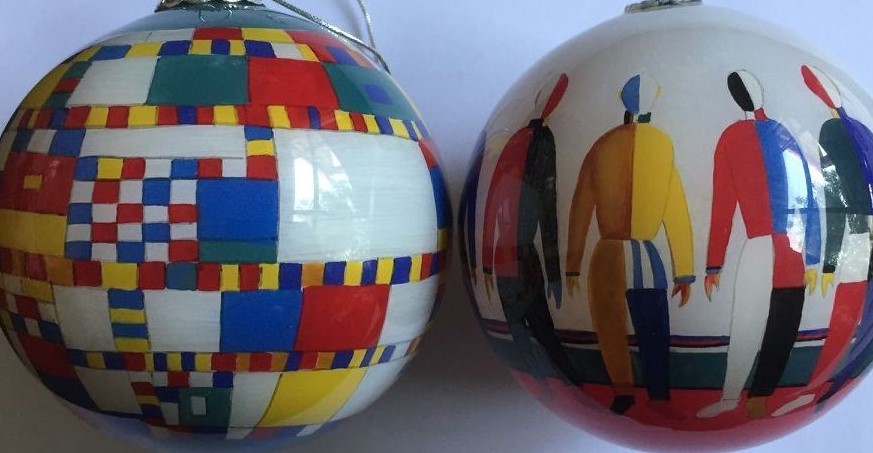 Piet Mondrian (March 1872 – February 1944) was a Dutch painter and theoretician, who is known for being one of the pioneers of 20th century abstract art, as he changed his artistic direction from figurative painting to an increasingly abstract style, until he reached a point where his artistic vocabulary was reduced to simple geometric elements.

Kazimir Malevich (February 1879 – May 1935) is mostly known for his “Black Square” (1915). He was a Russian avant-garde artist and art theorist, whose pioneering work and writing had a profound influence on the development of abstract art in the 20th century.

A hundred years ago the paintings of Piet Mondrian and Kazimir Malevich shocked the world. Their revolutionary visual language developed simultaneously and separately from each other.